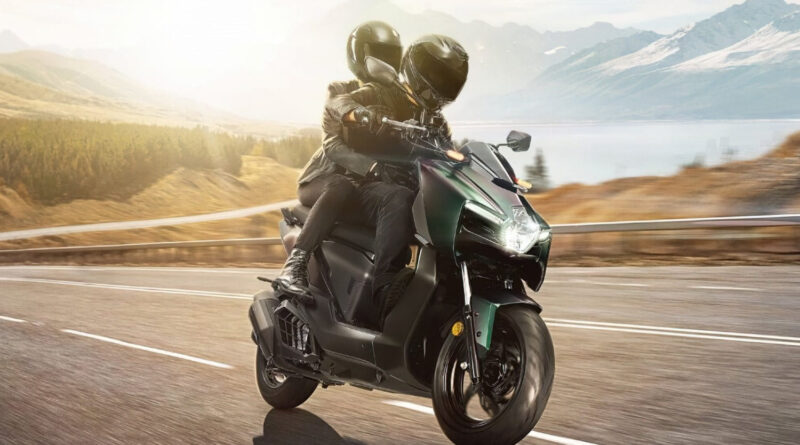 SYM (Sanyang Motor Co.) launched the 2023 MMBCU sports scooter in Taiwan, a model with a modern and aggressive design and, according to them, inspired by the Mamba snake.

The main design of the MMBCU features the front part that resembles the Mamba opening its mouth to attack. The painting is inspired by the snake’s scales and changes color as the light hits it.

Thus, many say that this front was very similar to the Kawasaki‘s supersport Ninja H2 bike, especially the central part that houses the headlights. But let’s be fair, looking from the side, it really does resemble a snake with its mouth open.

Controversy aside, the SYM MMBCU is a modern and technology-filled scooter, ready to cross the city in style and safety, as well as allowing for a weekend getaway.

The model is one of the most equipped in its category and has, as standard, Bosch ABS brakes, traction control system, instant and noiseless start system, Full-LED lighting, LCD digital panel and space under the seat with 28 liters of capacity.

The transmission is CVT automatic, the fuel tank capacity is 7.4 liters and the weight is 136 kg.

Anyway, the 2023 SYM MMBCU is sold in Taiwan for from 110,000 yuan (approximately US$ 3,592 if we consider the New Taiwan Dollar conversion and if we haven’t gotten lost in the conversion). There is no forecast for other countries.