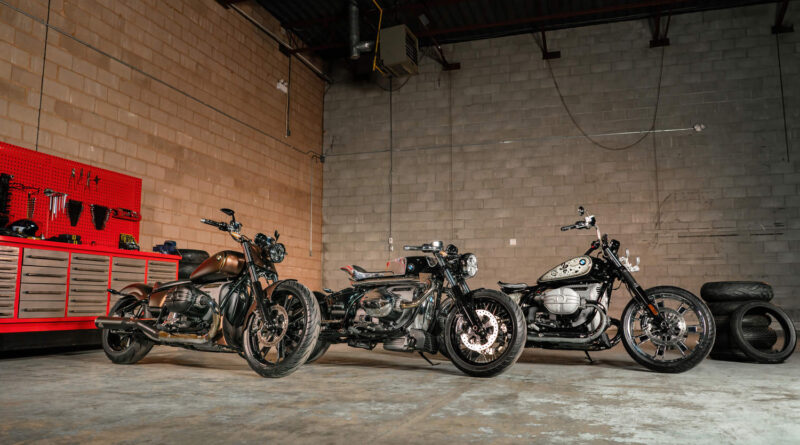 BMW Motorrad Canada has revealed the results of its first-ever motorcycle customization project. The company has partnered with three talented builders from across Canada and given them each a new BMW R 18 as their canvas.

The builders revealed their bikes to BMW Motorrad Canada as well as Roland Stocker, BMW Motorrad Project Manager for the Heritage models. “These projects show how important it is to create bikes that inspire creativity and act as a good base for owners and builders alike,” said Roland Stocker.

Stocker, who was essentially involved in the development of the R 18, travelled to Canada for the reveal. He was not only impressed by the completed bikes, but also by the builders themselves. “The vision, craftsmanship and quality of work was very impressive, especially considering how young some of the builders are,” said Stocker. “I was very pleased with the result.”

Due to its classic design and extravagant proportions, the R 18 serves as an ideal base for customization work. The centrepiece of the R 18 is its 1,802 cc, 2-cylinder “Big Boxer” engine – the most powerful 2-cylinder boxer engine ever used in a production motorcycle.

“We wanted to demonstrate the potential of the R 18 and designed a project to do just that,” said Johann von Balluseck, Director of BMW Motorrad Canada. “We chose builders that would approach this project in different ways in hopes they would give us three very different styles – and that’s exactly what we got.”

The only requirements for the builds were that the custom bikes remain operational and road legal. This summer, the three motorcycles will be included in a national retailer tour, visiting locations all across Canada.

Check out a brief summary of the three models below:

The R 18 Future Café is a study in metal fabrication by artisan motorcycle builder Jay Donovan. Donovan’s design began with a desire to reroute the exhaust up and over the cylinder head and straight back, ending under the seat.

A fully redesigned tank and upper section in bare, polished aluminum and chopped front and rear fenders in contrasting black make for a long and sleek look.

Nick Acosta from Augment Motorworks has applied the classic American chopper style to the big German boxer, which he has nicknamed “El Boxeador”.

Rob Thiessen and his team at Konquer Motorcycles have taken the R 18 and created a factory custom dragster.

In addition, gold-painted BMW roundels and an electronically adjustable exhaust help tie the new look together.