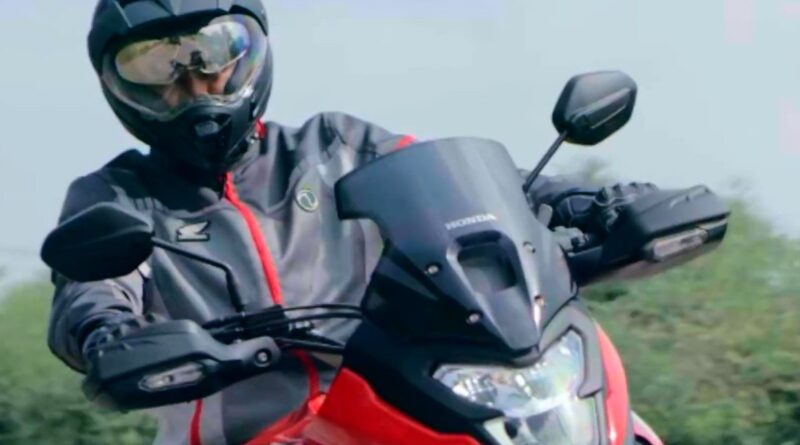 Honda released a teaser video on YouTube saying that a new model with adventurous capabilities (possible NX200) is coming soon. The video was posted on Honda Motor India’s account and shows just a few quick details.

Some Indian websites say the new bike will be called Honda NX200, as the brand recently registered that name there.

Watch the video below:

The front fairing is generous in size, but the windshield is small and perhaps not as protective. In addition, it has hand guards, with built-in LED indicators.

Another visible detail in the model is the presence of mixed use tires, being very wide at the rear (must be at least 130 mm wide).

Anyway, the site indianautosblog believes that the Honda NX200 will be launched on August 19th. So, we have to wait until then to get all the details and specifications.