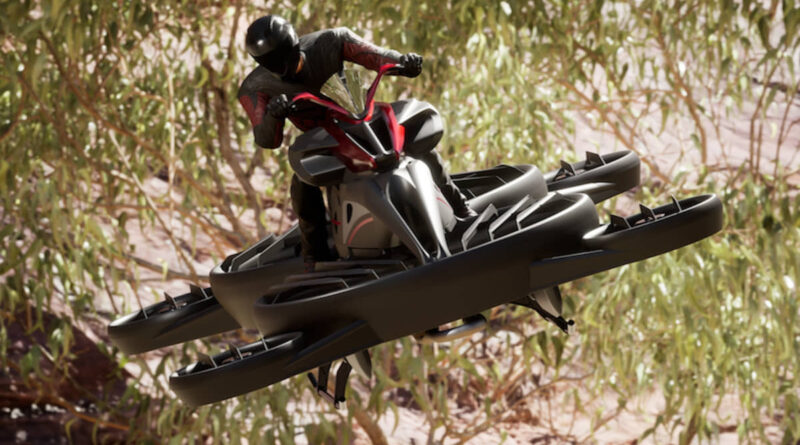 ALI Technologies Inc., a Japanese company, has announced that its first hoverbike (flying motorcycle?), the XTURISMO Limited Edition, will be launched at the ‘Top Marques Monaco Show’ from 8 to 12 June 2022.

According to the company, the model has been in development since 2017 and was born from the desire to offer a new experience and unparalleled sensations of moving through the air.

This hoverbike has a hybrid propulsion system, that is, an internal combustion engine and four electric motors, located on the sides.

The internal combustion engine drives the vehicle’s two main propellers, while the four electric motors appear to function as stabilizers (this detail the company has not yet disclosed).

According to them, XTURISMO is capable of reaching up to 100 km/h and can fly for approximately 40 minutes.

You can see the model in action in the video below:

Finally, they make it clear that the model is not yet approved for public use, and can be used in closed circuits, such as race tracks, for example. But they report an exception: it can be used by rescue teams to reach hard-to-reach areas in times of disaster.

The flying motorcycle XTURISMO Limited Edition will only have 200 units produced and is not cheap: its published price is US$ 777,000.