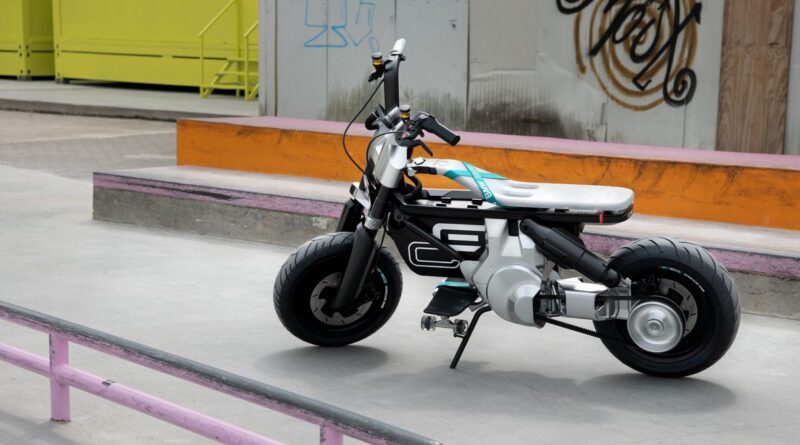 BMW presented the Concept CE 02 in Germany, its electric motorcycle of the future designed for young people over 16 years old and who have never ridden a motorcycle before.

The model is ideal for urban use and offers fun and practicality, in addition to being an elegant means of transport.

The overall look of the two-wheeler reveals the novel character of the BMW Motorrad Concept CE 02 at first glance. “We wanted to develop an easily accessible two-wheeler for everyone who wants to be mobile and independent,” says Alexander Buckan, Head of Vehicle Design BMW Motorrad.

“The BMW Motorrad Concept CE 02 is a reliable companion on a day-to-day basis. You love it because it’s always there for you and it just works – even if you occasionally don’t treat it as carefully as you might. And there are stickers, tapes and other forms of customization that make it quite clear to everyone that it belongs to you. It embodies youthful freedom and a carefree spirit – rather like a skateboard on two wheels.”

Since Alexander mentioned the skateboard, there is a space at the bottom of the bike to carry this sports board or other objects.

The BMW CE 02 has a more bicycle-like overall appearance. The tires are plump and give the impression of a ‘fun bike’. The seat is slim and flat, and the dashboard is digital color TFT.

According to the company, the engine has a power of 11 kW, which allows a top speed of 90 km/h. The battery’s specs are not given, but they say it has an approximate range of 90 km.

Anyway, it was not informed when the final model will reach the market.