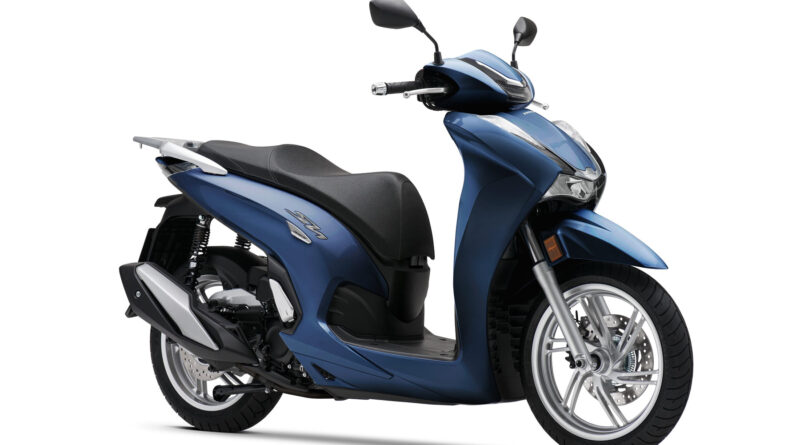 Honda has launched in Europe the 2023 SH350i, its 330cc all-round urban scooter, which arrives with new colors and graphics, but keeping the mechanical set and design of the previous model, to remain one of the best option in its segment.

One of the highlights of the SH350i is its four-valve eSP+ engine with Honda Selectable Torque Control (HSTC) and Idling Stop. Thus, this scooter is capable of reaching up to 30 km/L, making it one of the most versatile and economical models in its category.

In addition, the model has a flat floor and a 28L of under seat storage, capable of holding a full-face helmet and more objects, making small day-to-day purchases much easier.

The look of this flat-floor scooter was one of the most changed, with new headlights and flashlights, all LED. In the case of headlights, they are in a lower position, close to the fender and more horizontal. The instrument panel is new in LCD.

The transmission is automatic CVT, the fuel tank capacity is 9.1 liters and the kerb weight is 174 kg.

Anyway, the 2023 SH350i received new colors to remain one of the best options in the 300cc scooter segment.