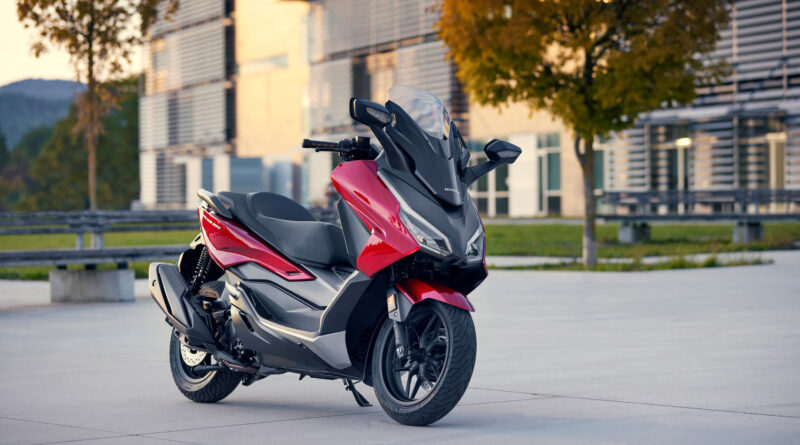 Honda has launched in Europe the 2023 Forza 350, its ‘premium’ 350cc scooter, which arrives with design updates, a new instrument panel and new colors, but maintains the mechanics of the previous model.

The 2023 Forza 350 now has a new front look influenced by its bigger ‘sister’ Forza 750, with more sober and elegant LED headlights. The general lines are sharper but still show a lot of sportiness, characteristic of this Maxi GT model.

In addition, to complete the technological package, it can connect wirelessly to the smartphone through the Honda Smartphone Voice Control (HSVC) system, which now for 2023 is also compatible with IOS and Android devices.

Otherwise, it remains the same model, without any mechanical changes. In 2021, it brought a bigger, more powerful engine, along with cosmetic and aero upgrades, a 40mm taller windshield, and a USB Type-C socket instead of an ACC charging point.

The 2023 Honda Forza 350 is a ‘Maxi’ and ‘GT’ scooter, that is, it has touring characteristics, being a light, compact and agile scooter, without losing comfort and performance.

Some features give it a certain sportiness, such as the fairings and rear-view mirrors, fixed to the fairing itself.

Finally, for those who need space to carry small purchases or objects, it has space under the seat for up to two full-face helmets and more objects, as well as a USB socket.