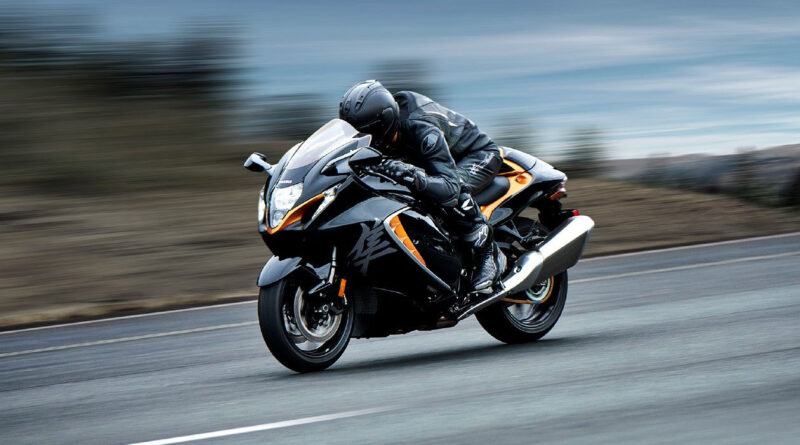 The look of the new 2021 Suzuki Hayabusa is new, with new fairings and a new front optical assembly. This one is vertical, with an LED cannon at the bottom. In fact, all lighting is LED, that is, headlights, flashlights and turn signals rely on this technology.

The integrated turn signals positioned at the ends of the front fairing have become more modern, and also work as DRL (daytime running light). At the rear, the turn signals are also integrated into the flashlight.

The side fairings are new, with a redesigned air outlet and the application of a chrome frieze at the edges. There are also highlighted appliques, in gold in the black model, in red in the silver model and in blue in the white model.

Despite the “shy” numbers (above 200hp was expected), the power and torque curve improved, with low and medium speeds delivering more. With this, the new Hayabusa manages to be a little faster from 0 to 200 meters than the previous model, and reaches the same top speed (299 km / h), in addition to being more economical.

This was only possible with modifications in 550 of 1000 parts, including the crankshaft, pistons, connecting rods, cylinders, camshaft, intake system and even the air box.

The instrument panel is new, with four analog clocks and a new color TFT LCD screen in the center, which displays real-time information such as motorcycle inclination, front and rear brake pressure, acceleration rate and accelerator position.